You’ve probably heard about the ketogenic diet, based on low carbohydrate and high fat intake.

This diet offers many benefits, but it is also quite difficult to follow in the long term.

When you are in the diet for a few days, your body enters ketosis, which is a nutritional state characterized by the increase in blood ketones and, implicitly, weight loss.

Some researches claim that ketone supplements can mimic ketosis and may increase the ketone concentration in the blood without altering the diet in any way. However, your body may not interpret it this way.

Further, you will find out if the consumption of exogenous ketone supplements can influence weight loss.

Your Body During Ketosis

Glucose is found in foods like sugar, starchy food such as pasta, bread, potatoes, and some other vegetables.

When you restrict your body’s consumption of these foods, it is looking for an alternative fuel source.

When the consumption of carbs is reduced by following a ketogenic diet approach, your body burns fat for fuel, which produces ketones when it is broken down excessively. This change puts the body in the state of ketosis.

A mild ketosis condition can be experienced when you are fasting or doing intense exercise.

During ketosis, there are two main ketone bodies: beta-hydroxybutyrate, acetoacetate and a small amount of acetone.

These ketone bodies provide energy to the brain, the muscles, and the heart, replacing glucose as fuel.

Some also consider that these ketone organisms can cause weight loss in combination with a ketogenic diet.

What are Exogenous Ketone Supplements?

Ketone bodies can be produced in two ways:

Thus, the ketones in the supplements are exogenous.

The primary acetone ketone body is not chemically stable, and therefore, only beta-hydroxybutyrate ketone is used in the composition of supplements.

These are the main forms of ketone supplements:

It has been shown that both forms of supplementation increase the level of ketosis in the blood, imitating what happens in ketosis in the framework of a ketogenic diet.

If you want to go to ketosis without following a diet, these supplements are beneficial for increasing the level of ketone in the body.

Therefore, ketone supplements are considered to have the same health benefits as a ketogenic diet, weight loss as well.

People usually take these supplements at the beginning of a ketogenic diet. Thus, the time required to reach ketosis is low, and the side effects that may occur following the onset of the ketogenic diet are also reduced.

The symptoms that people usually manifest at the start of the ketogenic diet are called keto-flu and consist of bad breath, diarrhea, constipation, fatigue, muscle cramps, and a few others.

There are only a few researches to support that ketone supplementation can reduce these keto-flu symptoms.

Ketone supplementation can decrease your appetite, which results in lower food intake and weight loss.

According to a study of 15 people with a healthy weight, consumption of a drink containing ketone esters experienced a 50% decrease in appetite overnight compared to the other participants who drank a classic sweet drink.

This appetite suppressing effect is due to the lower level of ghrelin (the hormone responsible for feeling hungry) about three hours after the beverage with ketone ester.

However, one study shows that people who ate before were not so much influenced by the use of ketone supplements. Those who did not eat before taking the supplement had a higher level of ketone in the blood compared to the others.

This means that elevated ketones are associated with a lowered appetite and reduced ghrelin levels. Ketone supplements are effective only if you are fasting (take them on an empty stomach).

More studies have to be made so ketone supplements can be used as an Appetite Control treatment.

In other words, administering ketone supplements when you are fasting will increase blood ketone levels more than when you take supplements after a carbohydrate meal. This suggests that your body uses fewer ketones as fuel because there is more glucose (available from carbohydrates).

In this sense, there is some evidence suggesting that these supplements may even prevent weight loss.

To lose weight, the ketogenic diet has the role of producing ketones from stored fat in your body, as an alternative source of fuel. But your blood can become dangerously acidic if the ketone level in your blood becomes too high.

To prevent this, there is a feedback mechanism of healthy people that has the role of slowing down the production of ketones if they grow too much. In other words, your body produces less when blood ketone levels are higher.

Therefore, supplementing the body with ketone can prevent the use of body fat as a fuel.

Since your body can use ketones as a source of fuel, it results that they contain calories, namely 4 calories per gram (such as carbohydrates and proteins).

A portion of exogenous ketone salts has up to 100 calories, but you should take several servings a day to maintain a state of ketosis.

This is because the effect of ketone supplements lasts only a few hours, and the dose should be repeated several hours a day to maintain the ketosis status.

In conclusion, a high-calorie intake came only from ketone supplements and a fairly high expense.

Generally, supplementation with exogenous ketones is safe and effective in increasing ketone concentrations, but no long-term effects are known.

It has been reported that there are several side effects to ketone salts than to ketone esters.

These may be nausea, stomach discomfort, or diarrhea.

It is also not recommended to get in ketosis with ketosis salts because it means too much of the minerals enter to your body at once.

A single serving of the ketone salts contains:

Manufacturers of these supplements recommend that no more than three servings per day be given.

However, it is more appropriate to fast or to eat less carbohydrates during the day than to take these supplements.

Ketone supplements put your body in ketosis without following a ketogenic diet.

According to a study, exogenous ketone supplements decrease your appetite for several hours, as long as you do not eat anything before.

Other research also finds that these supplements may cause you not to lose weight.

Given that there are not many studies done so far, there is no real support to make you use ketone supplements in your fight against extra pounds. 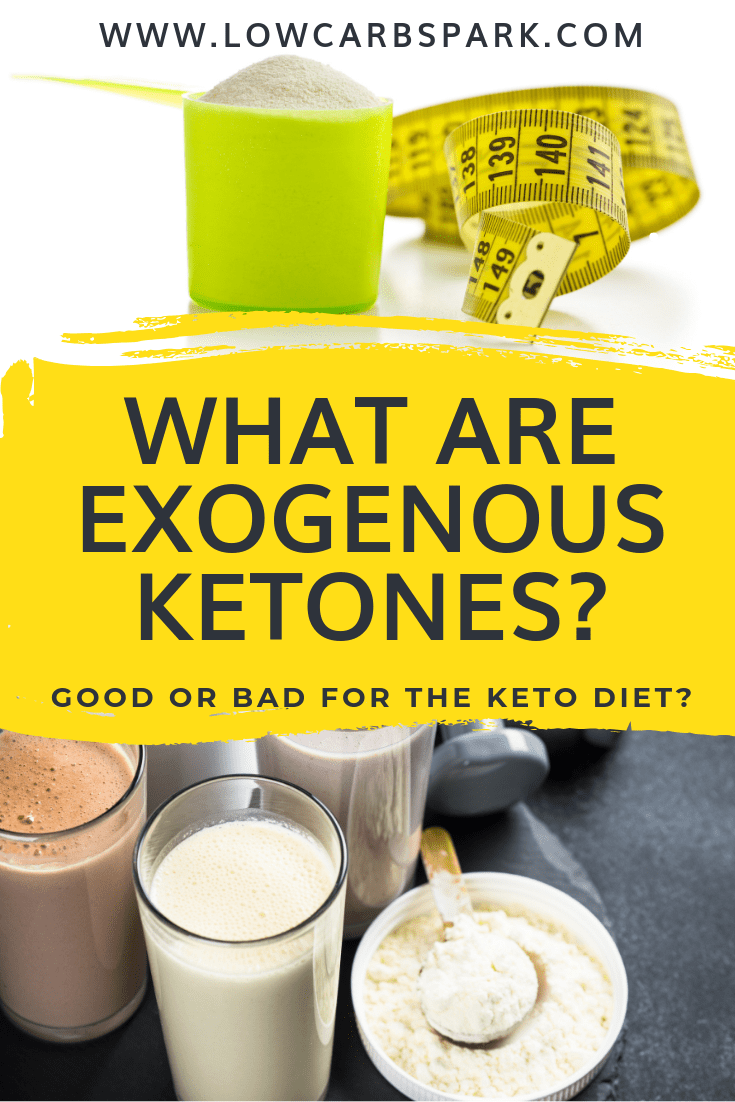