In this simple guide, you’ll learn if cow’s milk is keto-friendly, how many carbs are in milk, and what are some of the best keto milk alternatives that won’t kick you out of ketosis.

The keto diet’s main goal is to get you into ketosis, which is only possible if you are on a low-carb, high protein diet, and unfortunately, this means limiting your carbohydrate intake.

Dairy products are a complicated category because cheese, for example, is perfect for eating on the keto diet because it is low in carbohydrates and high in fat, but what about cow’s milk?

Therefore, to consume milk on a keto diet, it has to be super low in net carbs.

Milk is not keto-friendly because it contains large amounts of sugar in the form of lactose.

Skim milk is also not keto-friendly because as the fat is reduced, it’s replaced by carbs.

Therefore since cow’s milk is too high in carbs to be consumed regularly on a keto diet, we don’t use it in keto recipes either. I recommend using unsweetened nut milk that is generally super low in carbs.

How Many Carbs in Milk?

A cup of whole milk contains a total of 11.4 grams of carbohydrates and 0 fiber, which means that it also contains 11.4 g of net carbohydrates per cup.

Because many keto dieters consume 20-50 net carbohydrates a day, milk is not an ideal food choice, as a single serving would use more than half the daily dose of carbohydrates.

Can You Drink Milk On A Keto Diet?

When looking for a low carb drink, milk should not be your first option. But, in case you’re absolutely craving a glass of milk, we recommend some fantastic low carb milk substitutes that won’t kick you out of ketosis.

What Milk You Should Avoid On Keto

For milk to be keto friendly, it has to be low in carbs. There are a few options you can get from the grocery store, or you can make homemade keto milk using your favorite nuts and seeds.

Here are some of my favorite keto milks:

Whenever I’m craving milk or have to use milk in a recipe, and I don’t have unsweetened nut milk on hand, I milk 1/2 cup of heavy cream with 1 cup of cold water. This is the best keto milk recipe and tastes super similar to regular milk. You can also a few stevia drops to add a little sweetness.

Unsweetened Almond milk is a great keto milk option for you. A cup contains less than 2 grams of carbs, and it’s high in other nutrients if fortified.

Coconut milk is 100% keto-friendly if you choose the unsweetened version. Coconut milk it’s also rich, creamy, tasty, and works well in a variety of dishes, from smoothies to coffee or desserts.

Flaxseed milk it’s lactose-free, loaded with omega-3 fatty acids, and it’s gluten-free and nut-free. One cup of unsweetened flax milk contains 2 grams of carbohydrates and 3.5 grams of fat. So it’s worth trying this keto milk alternative.

Unsweetened macadamia milk has only 1 gram of carbohydrates per cup and 5 grams of fat. In addition, the smooth, slightly sweet taste of macadamia milk makes it a perfect addition to keto granola, smoothies, or coffee drinks.

Fortunately, some other nut-based milk, including unsweetened cashew milk and unsweetened hazelnut milk, also have 1 gram of carbs per cup, so feel free to experiment with these other tasty nut-based options.

So, in conclusion, regular milk isn’t keto-friendly because it contains natural sugars and it’s high in carbs. The good news is that you may include a variety of non-dairy, low-carb unsweetened milk choices in your keto diet. The most popular keto milk is almond milk and coconut milk and can be found at almost every grocery shop. 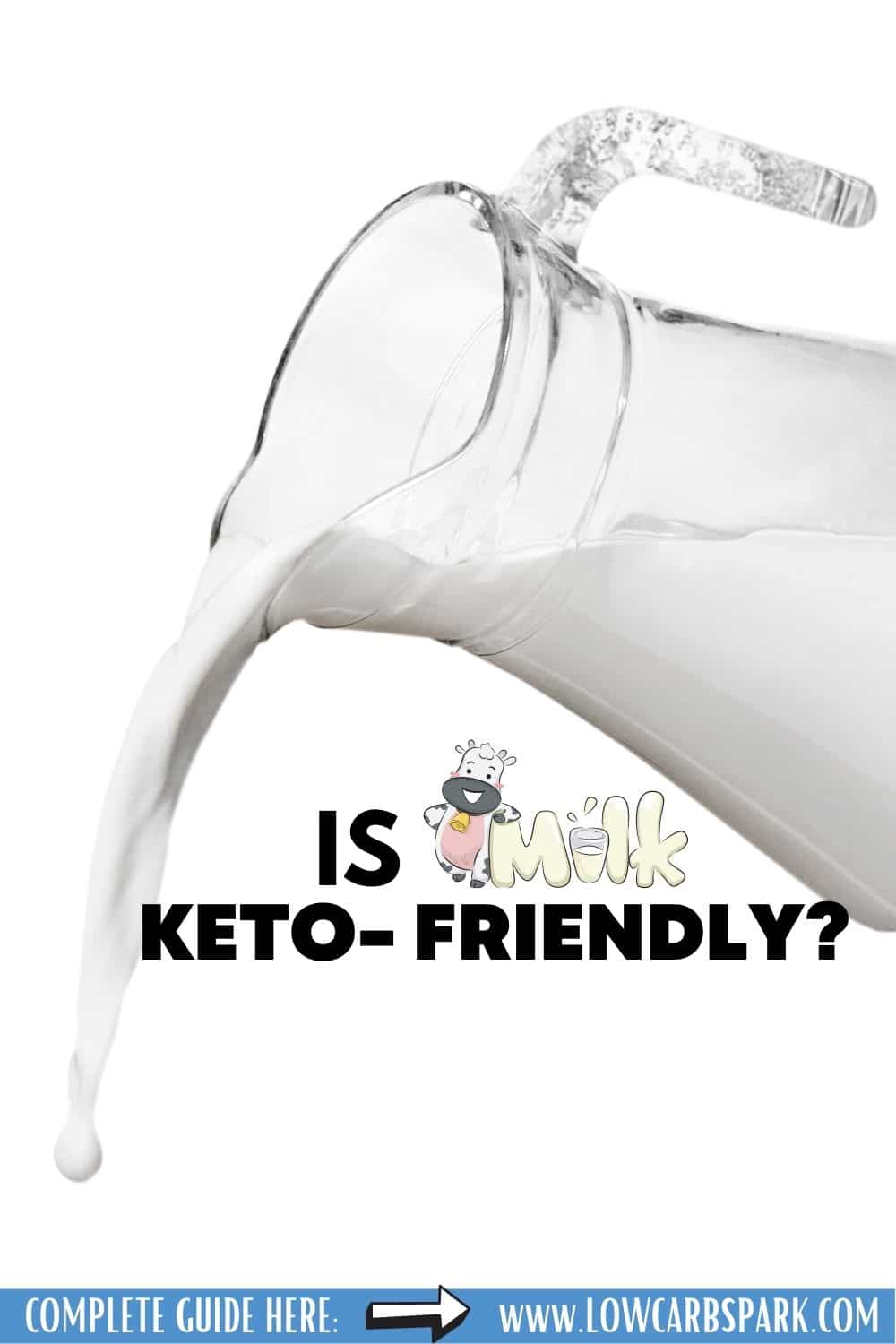