×
Recipes
Skip to content
This post contains affiliate links, and we may receive a small commission if you purchase through our site.
Pin Recipe Jump to Recipe

The very first batch of Keto Cinnamon Rolls I made was a total fail. If you follow me on Instagram you have probably seen how bad looking they turned out. 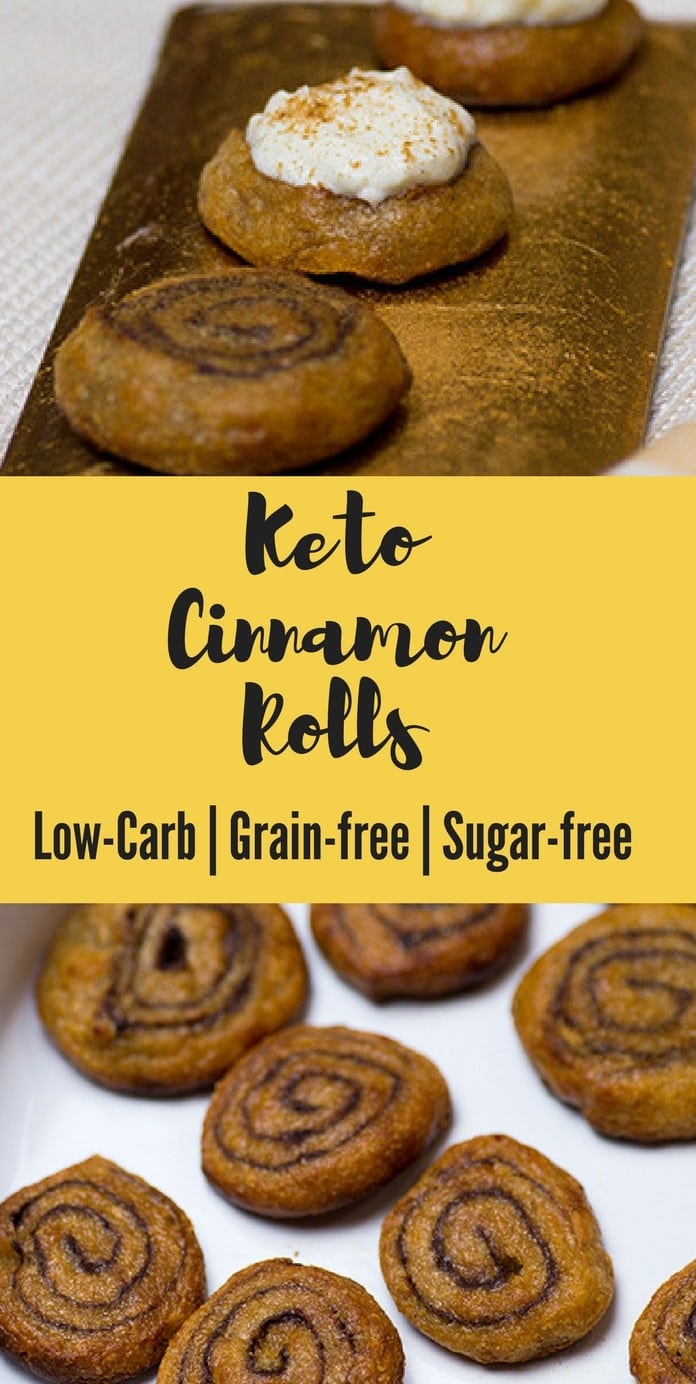 The taste was pretty good but they didn’t look like breakfast cinnamon rolls. With a few adjustments, I came up with a recipe that’s super tasty and low in carbs.

Went shopping and got cream cheese. The second batch was a success. I added sweetener and cinnamon powder in the dough too.

I usually make only super easy keto desserts like recipes like mug cakes or keto fudges. But, I investested some time and passion into the keto rolls and I am amazed by the result.

The ingredients for the Keto Cinnamon Rolls Dough

This is a basic mixture of the following ingredients:

Don’t be shocked that the dough is made out of mozzarella cheese because you definitely can’t feel it. Mozzarella has a neutral taste so you can make sweet keto treats with it and have no problem.

How to make the keto cinnamon rolls dough out of mozzarella?

There are two ways you can make the dough.

In a bowl mix the mozzarella cheese and the cream cheese. Microwave for 30-40 seconds or until the cheese starts to melt. Incorporate well the almond flour, the beaten egg, the sweetener, the cinnamon powder and the baking powder in the cheese mixture.

For me, this method is a little bit difficult because I’m not quite sure how well all the ingredients will mix in the melted cheese.
I used this method with the first round of the keto rolls. It might be one of the reasons why I didn’t get fluffy keto cinnamon rolls. 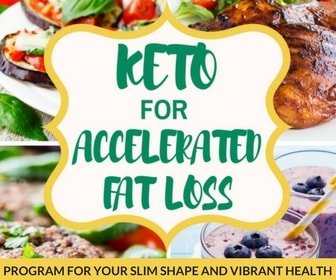 This is the method I used in this recipe and I started with by mixing the mozzarella with the almond flour, the cinnamon powder the sweetener, and the baking powder.

This is how it looks before using the microwave. This way I am sure that the almond flour and the rest of the ingredients are well mixed with the cheese. 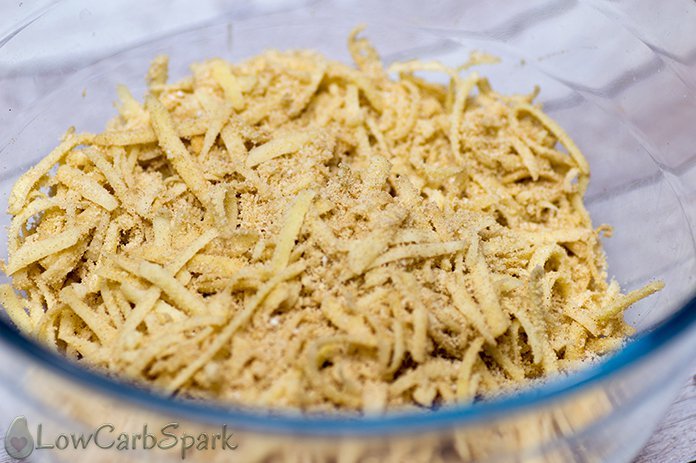 Add the whisked egg and mix the dough until it comes together in a solid ball. If it’s too sticky you can sprinkle some almond flour, so it can be handled well. 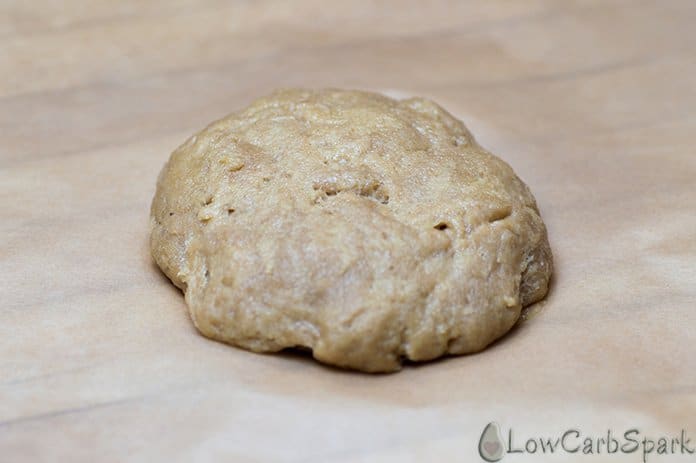 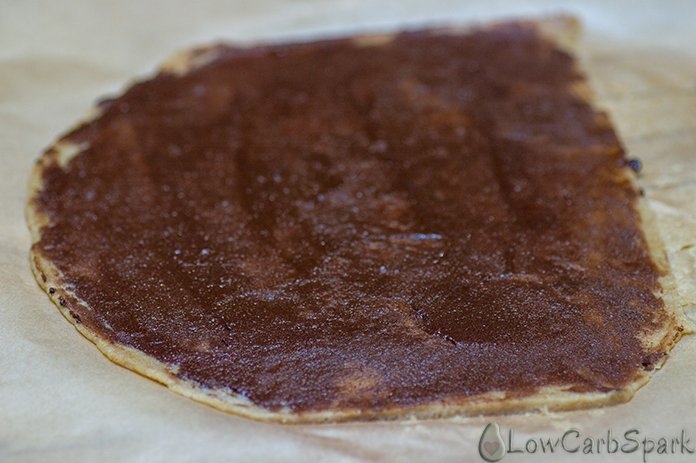 Easily begin to roll from side to side into one long roll. 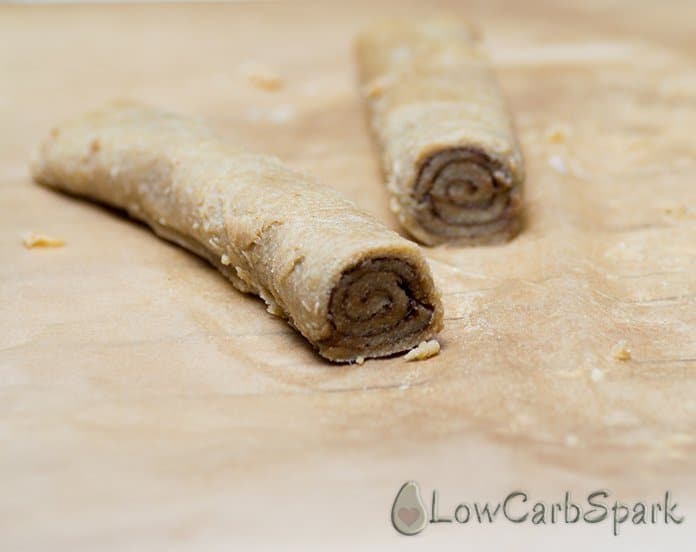 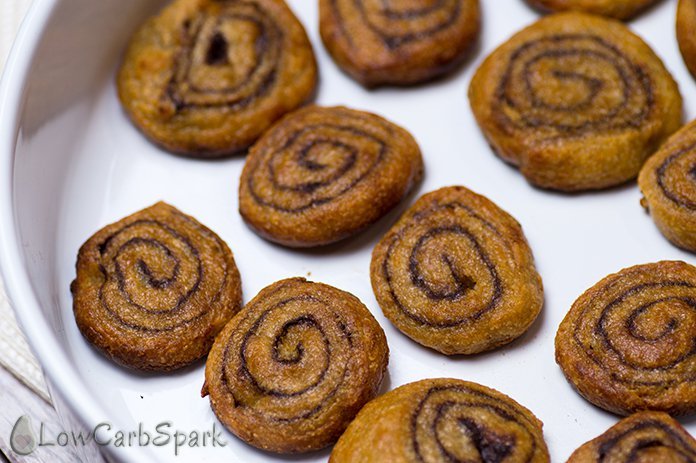 If you are a vegetarian make sure you include this dessert in your vegetarian keto meal plan.

If you are making this recipe let me know in the comments below or tag me on Instagram #LowCarbSpark. I would love to see your keto creations.

Keto cinnamon rolls require a little more work and ingredients but the result is absolutely amazing. The whole house smells fantastic and no one will ever know that the keto cinnamon rolls are made with cheese dough.
Keto during holidays?
Get my e-book!

Prevent your screen from going dark

How do we calculate the nutrition info?

These nutrition facts listed are determined using nutrition information from the USDA Food Database. Our nutrition facts are accurate, but if you are using different products, please make your calculations. Net carb count is calculated by subtracting both fiber and sugar alcohols because they don't raise blood sugar.